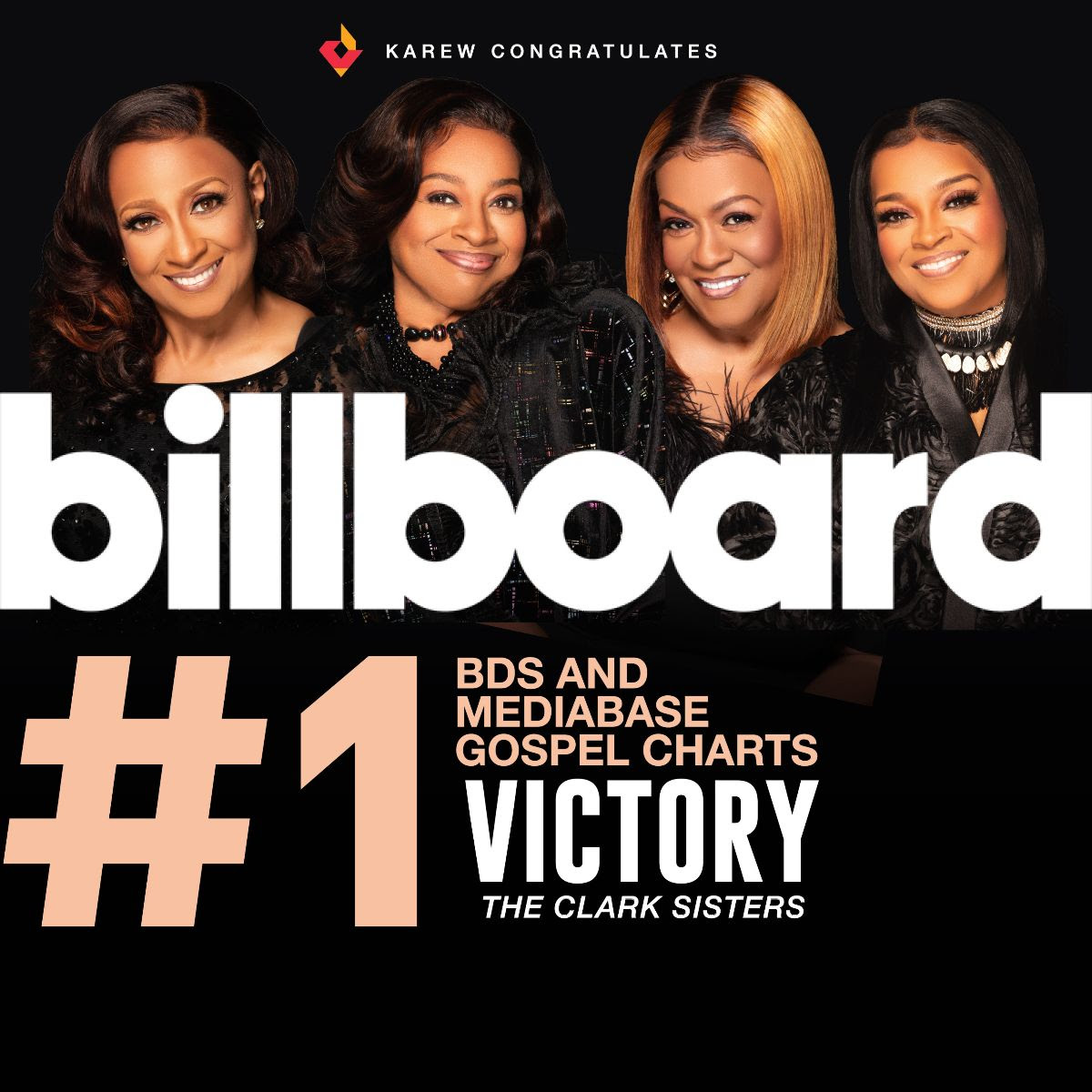 Three time Grammy Award-winning legendary gospel group, The Clark Sisters, has made history with their current single, “Victory”, reaching number one on Billboard BDS and mediabase gospel charts. This is the second number one in the groups history (preceded by “Blessed and Highly Favored” in 2007). When speaking of working with the award-winning group, industry veteran and radio promotions manager, Tracey Artis, says, “General manager and producer J. Drew Sheard II and The Legendary Clark Sisters have been a joy to work with. ‘Victory’ has resonated with gospel music audiences everywhere and the strong message, lyrics and sound of the legends propelled the single to a number one status.”

This accomplishment comes on the heels of a record-breaking biopic, “The Clark Sisters: First Ladies of Gospel”, where Lifetime records 2.7 million viewers watched and was the highest original movie premiere on all of television this year! Currently, “Victory” has also been nominated for the “Dr. Bobby Jones Best Gospel/Inspirational Award” at the 2020 BET Awards set to air on June 28 at 8pm on BET.